If you grew up watching Chavo del 8 this is going to make a lot of sense. If you haven’t get ready for a simple but delicious Mexican version of a ham sandwich.

If you grew up watching Chavo del 8 this is going to make a lot of sense. If you haven’t get ready for a simple but delicious Mexican version of a ham sandwich.

All Bolillos Are Not Equal

I recently discovered these bolillos from Artisana are the closest thing to the bolillos street vendors use in Mexico the other option would be sourdough bread but that’s not quite right for this.

Slather Those Frijoles On

Please don’t use canned beans. Always have a pot of cooked beans on the stove for occasions like this. To make them simply heat up a pan with some oil throw the cooked beans on there and smash them down with a spoon. It’s quite relaxing.

After the beans and mayo begin to stack the ham, veggies and cheese on top. Odds are you will put too much in your torta. It happens.

Press everything together and take a bite to sample. 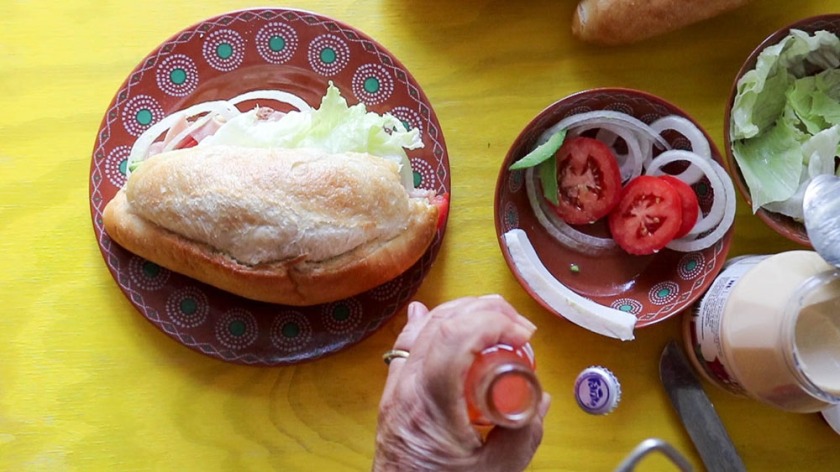 Pop open that glass bottle of Fanta and take this time to admire your torta. Slice it in half and share with someone you love. 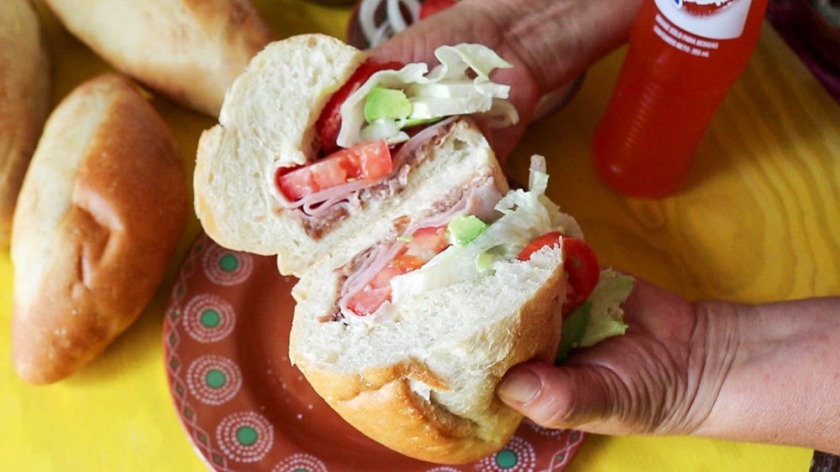 You Won’t Find These In The Frozen Section

Im pretty sure there are at least 100 different ways to make enchiladas in the state of Zacatecas. This is the most common I’ve seen. Some people add beef or chicken to the stuffing but I leave it out. And don’t even get me started on green enchiladas or frijoladas.

Let them sit in there for about 10 minutes or until you see them reach a roaring boil.

While the chiles are soaking up on the stove grab the onion and queso fresco. Chop up or mince the onions, whichever you prefer. Crumble the cheese and mix together in a bowl with the onion. This will be your enchilada stuffing.

For this part blend the chiles and garlic. Don’t drain the water used to boil them put it in the blender as well. Strain the chile sauce into a large bowl. This will be sauce you dunk the tortillas into. 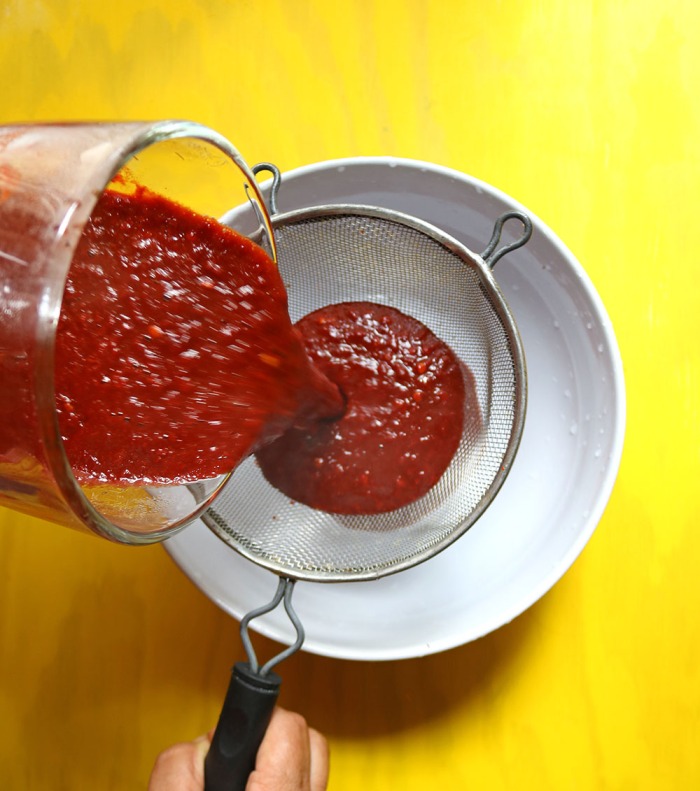 After straining the chile, add another cup of water to the sauce. Now’s your chance to get salty and add it to the mix.

Gather your supplies. The next part has to be done quickly.

Submerge the tortilla in the sauce. Try to get it 99% covered in the chile sauce. Place in the oil and let it cook for about 2 seconds on each side.

Don’t do any longer than that or the tortilla turns flimsy and falls apart. We have this awesome circle thing with a recessed oil frying area but you can just use 2 separate pans for this part.

After frying the tortilla, take out of the oil and place cheese stuffing on top. Fold over the tortilla and roll over to create a taco roll.

After The Fifth Enchilada It Gets Easier 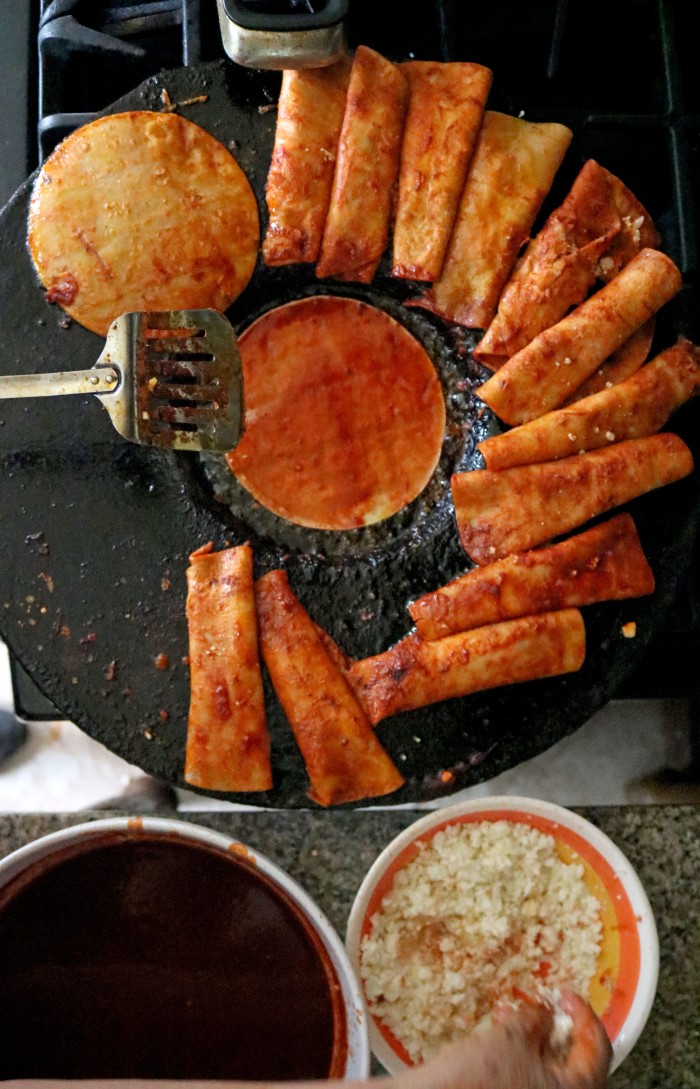 The remaining chile sauce can be frozen and used for chilaquiles. They are the much more casual version of enchiladas. I might do a recipe for those later.

Serve these enchiladas with some fluffy Mexican rice and lettuce. Top them off with more queso fresco. If your a fan of Mexican cream now is your time to speak up and say put a little cream on that. 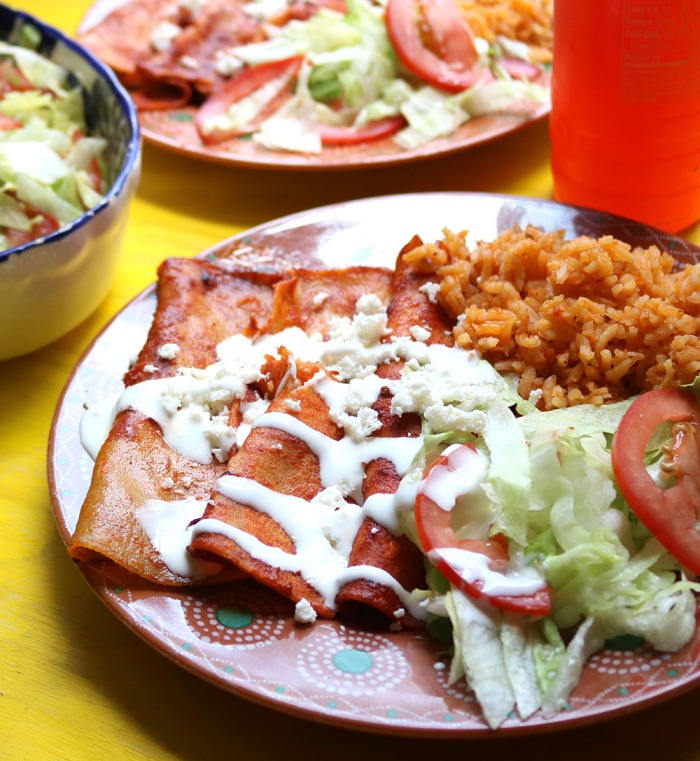 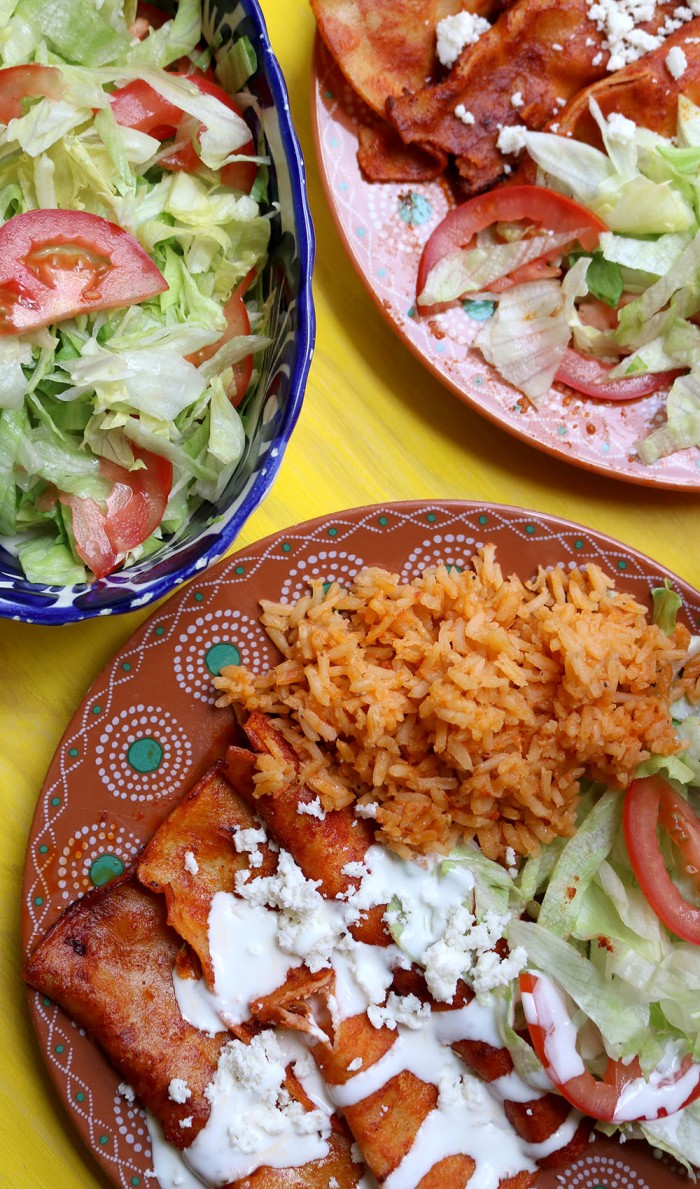 Sparkling water? As if.

This Agua Mineral can cure the worst hangover.

Fill your glass with ice and start squeezing those limes away. I usually put extra lime in mine.

Fill the glass to the top with Topo Chiko and watch the water show. It never stops bubbling.

Sprinkle Tajin on top and then sprinkle a little more because you can never have too much. 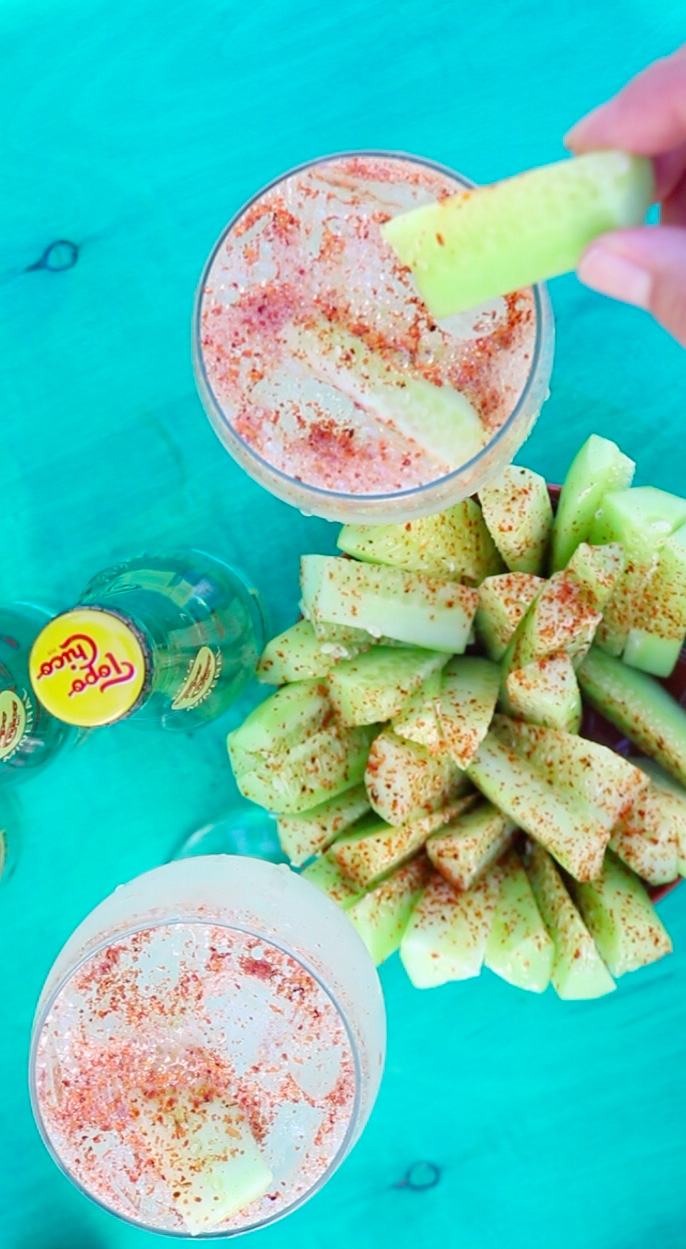 Cut up the cucumber throw some salt, lime, and Tajin. Drop a couple of the cucumber spears in your drink and enjoy. 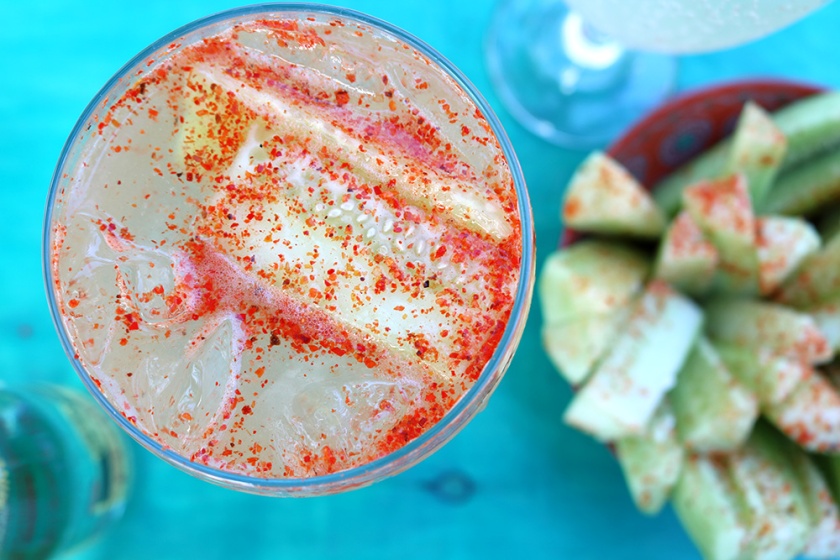 Graphic Design student and food photographer. Loves watching telenovelas and pretending to be a tourist in Texas. Tacos are life.